The facade of the building is one of the important issues that all the stakeholders in the construction industry, such as investors and entrepreneurs, construction engineers, consultants and architects and professional consultants involved in it and has become a major concern for urban officials and policymakers.There is a fundamental gap in this industry and it is the facade of buildings and materials used in the façade, Unfortunately, at various times, because of the suggestion of a specific product from importers or manufacturers, the design and implementation of the general view of all buildings, regardless of the use of those buildings, or the use and type of materials used, is used extensively and due to this repetition and failure to run right after a while, these products cause bothering and disgust, and is eliminated and replaced by a new façade and until this industry is not completely engineered, unfortunately, this process will be repeated 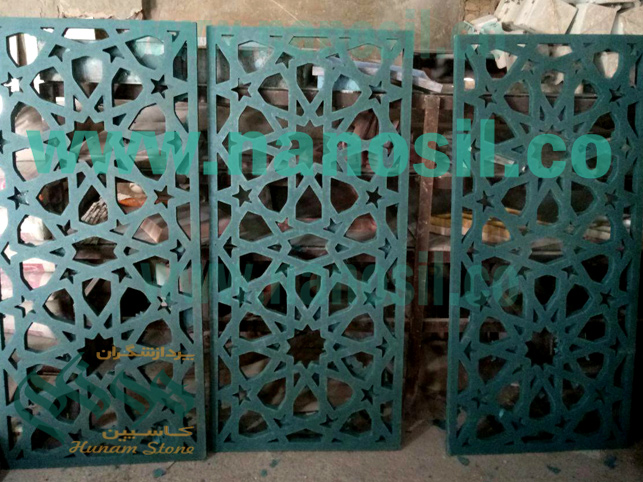 After all these arrangements, will the friends say what the offer is, or where is the remedy?

Now what kind of materials can be used that can be defined in various building uses and in different architectural designs such as modern or classical, curved or flat be applicable and It also has high strength as well as long durability and the ability to run with new methods of execution like run dry facade has to be and preventing additional loads to the structure

As its name implies, concrete that has been supported by glass fibers (fiberglass fibers)That's because of silica bundling in different meshing and cement used and fiber, a crystallization occurs between concrete and fibers, which increases the strength of concrete especially tensile strength and as a result, surface cracks will not occur

Until now, concrete technology, due to its low tensile strength, could not be used in the facade except for thicknesses above ten centimeters due to the requirement for a minimum diameter of at least five centimeters of concrete on each side of the steel reinforcement for adhesion. this thickness will make the parts weigh high, and this problem is solved in this system and in smaller and decorative parts, the thickness can be at least 15 mm and in large parts up to a maximum of 30 mm. 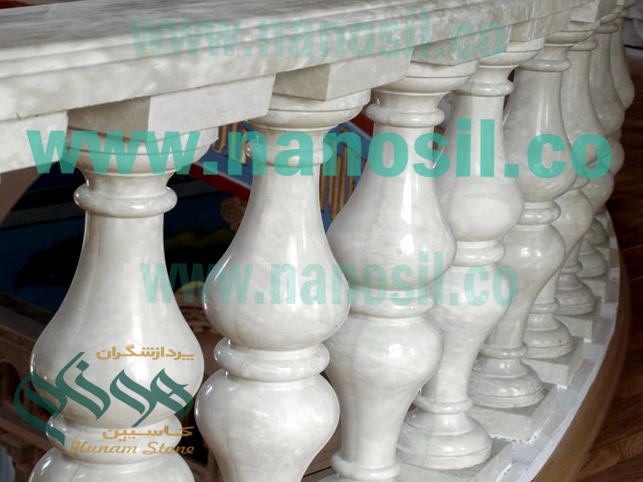 Cement, which can be used, depending on the appearance and color of the panels, of Portland cement or white cement

Aggregates that are generally from different meshing silica aggregates are used

Glass fiber and other similar additives

Special additives for more resistance and fluidity of the mortar, and stabilizing additives and reformer

Additives for creation of additional properties and increase the flexural and compressive strength, and reducing moisture permeability and ...

In general, concrete has a much higher resistance to atmospheric conditions and environmental damage from many materials used in the facade which is much higher in this system due to the presence of tensile strength fibers and we will not have other problems caused by cracks

These panels, due to the possibility of manufacturing large parts or large panels, be detailed executive system, install in a dry method and modulation designed in building drawings and the possibility of installation at the same time as the structure of the skeleton progresses with the two ceilings of the difference creates high speed in the building

Through the process of production in a mold and the construction of parts for each project, it is possible to run in any type of architecture, such as modern, classical or curved panel production or curves, lattice parts or has arabesque designs and it will be able to create different volumes

This system compared to similar systems in terms of structural and resistance because of the type of implementation and getting to a lesser thickness is much lighter. this product has been implemented in different climates around the world from the cold of Russia to the warmth of the UAE and after a number of years they are still far from any faults.the main reasons for choosing this type of concrete for the facade are:Strength, lightness, precision machining, variation in the selection of facade faces, the lack of designer limitations in the selection of faces and faces, ability to run on all levels (horizontal - vertical - under the roof), quality of finished surfaces, durability against atmospheric agents, possibility to use decorative designs, elegance, beauty, at least the need for scaffolding for installation, maximum installation safety in high-rise buildings and ultimately ease and speed at installation.

Due to the use of special additives and industrial production of these panels, we can have a very smooth surface or change in the shape of surfaces with different textures such as porous surfaces of travertine stones, wood, bricks or antique stones without any cost changes.

These panels do not increase fire and do not produce toxic gases and have high fire resistance during fire, which is fully compatible with fire regulations. 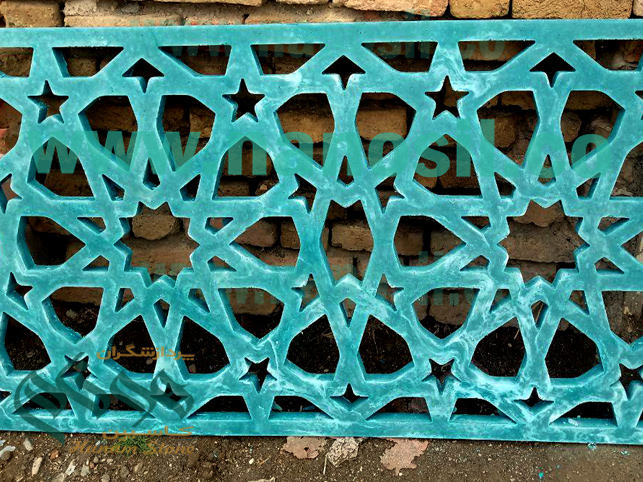 Making molds depending on the application of the piece and dimensions as well as the number of pieces required, different molds are used, including molds made of metal, wood, ABS, silicon and fiberglass, and more.

Production and preparation of raw materials and mixtures

Mold filling with mortar is possible in two ways:

A) Spray created by a special mortar after mixing and cutting the fibers to be sprayed into the mold.

B) Pre-mix method or premixes that mortar and fibers mixed together in this way and it is put into three forms of gravity casting, injection under pressure and a perceived method Usually the method of installing is principled and the proposed dry run system, which requires a structure as a substructure, which is installed on the main structure and then panels with various diesels, such as welding the parts to the substructure, connecting through the screw or framing, and placing the panels in the frames is possible, but sometimes due to the employers' insistence that they reduce the implementation costs, as well as the lack of familiarity with the benefits of modern implementation systems, they insist on the old system installed through mortar or slurry, which is not possible in SLAMY designs

This system and technology can have many uses, such as:

Building applications include the walls and exterior of buildings with different uses such as office, commercial, residential, public parking and cultural entertainment centers

Interior decorative parts of buildings including walls, partitions, round columns and head of columns, false ceilings and fences

Walls of tunnels, bridges and underground roads and highways ... 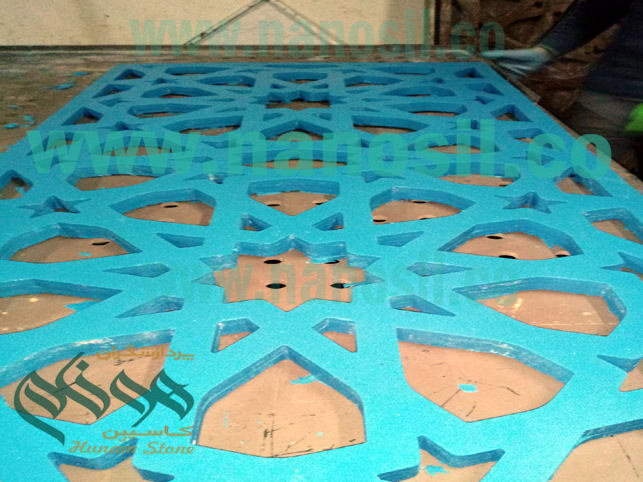 Other types of GFRCs have a higher flexural strength due to smaller crystallization bonds. in this type of panels, due to the special formulation, lighter structures with considerable flexural strength can be found. the cost of this type of panel will not be significantly different from the previous one but they will be lighter in terms of weight. in this formulation, the production of art stone and SLAMY with a mass volume of 1200-1,500 kg / m 3 will also be possible.in this formulation, the amount of one to two percent of the fibrous fibers removed, and replaced by another linker.

In this type of panels, due to the use of certain materials and supplements, the resistance of the product as well as the amount of water absorption will be reduced,Increase bending strength, tensile strength, compressive, decrease in water absorption, reducing erosion, increasing the elasticity, etc. in this type of product will be higher than the PFRC.

If the products produced require a significant reduction in the water absorption rate, with the proper strength and less weight of the structure, we use this formulation. in this type of fiber, compared to GFRC, one percent of fiber removed and the smaller binding agent, along with a material to increase the flexural strength - compression - tensile strength and increase the elasticity and ... increased by 1%, also, to increase the intermolecular adhesion, a significant decrease in water absorption | At zero |, and increasing the flexural and compressive strength and elasticity, are used from other acrylic material.