As mentioned in the different sections of the site of HUNAM Artificial Stone Company, type and gender of the mold, it determines the type of blow of the vibrating table.So according to the above description, you have noticed that we should use vibrating tables with vertical blows in dimensions of 200 * 100 cm or 300 * 200 cm, it is also noted that with the change in the rotation of the vibrating electric engine (each vibration table has two electric engine), we can create vertical blows (without moving the mold) and horizontal blows (motion) in these standard vibrations. 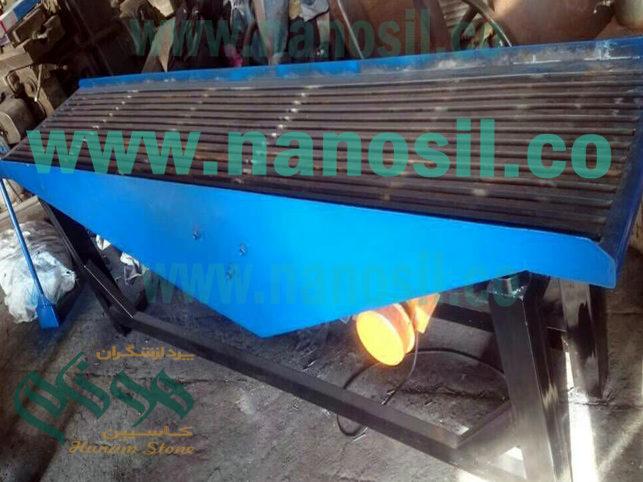 It is necessary to mention two cases that have been seen in the artificial stone facade & polymeric mosaic vibration tables:

Some companies have been producing vibration tables in the dimensions of 200 x 100 cm, with various technical specifications of the ironwork (which is the weakness of the chassis causing failure in the chassis), but in order to reduce lateral costs, they have installed a vibrating electric engine. but if the vibrating table has one electric engine, then you can't create vertical blows with it. the result of this action, increase the time required to vibrate the mixture into the molds. due to low power, horizontal blows, increased vibration time, excess moisture in the mixture, cause the pigments are separated from the tissue material and create a loose layer behind the product. In this case, despite the presence of a thin surface layer, blurring product, color differences in products even in a production batch, Micro-holes in the product tissue is more than standard, reduction of compresive and flexural strength and... the presence of pigments in the back of the product when installing the product of artificial stone facade or flooring, causes no adhesion of the product to the installing materials (adhesive or cement slurry). 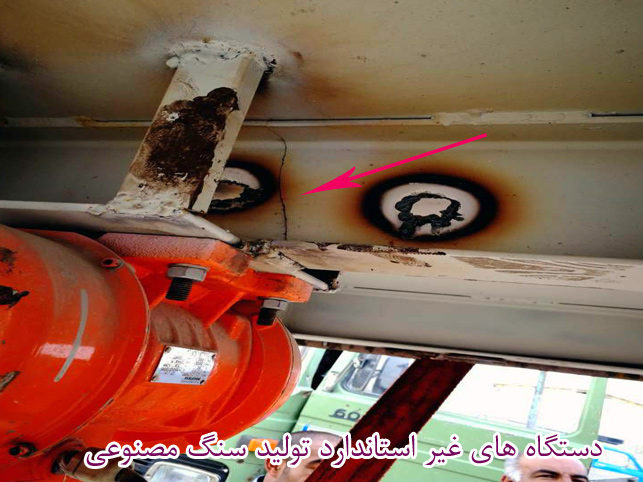 Such companies instead of solving the problem, will delete the problem, that is, behind the product they are equipped with a screw or wire (During term time again separated) or they try to spray the aggregate to the back of the product, this will also undermine the quality of the product from the perspective of the customer. 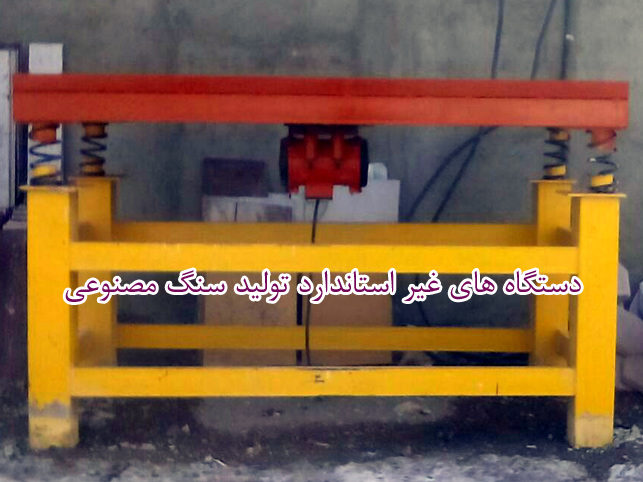 Vibration table with an electric engine, it may be responsive for the producing product that are mold soft (silicon, rubber, soft PVC), but for products such as flooring, stairs stone or facades with dry mold (ABS, HP, Fiberglass) will not be responsive.

If using the inverter, reduce the RPM of the vibration electric engine, the result will be uneven and violent blows, which will reduce the final quality of the product.