special centrifugal mixer for the manufacture of synthetic stones and artificial stone designed by PAN(The mixer also has the ability to make various types of dough tile adhesives, make and dill a variety of powdered tile adhesives, produce concrete glue and make a special concrete mix)With an electrical engine, 10-HP mixer and a steel gearbox 150 of under will be custom made.

This centrifugal mixer has 5 arm of 40 mm and adjustable arm height, abrasion resistant mixer blades, the thickness of the plate sheet of the mixer 15 mm and the wall thickness of the mixer is 8 mm, the mixer has a manual exit part from below, the portability of the machine is fixed by two fixed industrial wheels and 2 movable, the machine has a final capacity of 350 kg (The actual capacity of the mixer is 300 kg, mixed of artificial stone facade and polymeric mosaic with normal density, capacity with Semi-lightweight density equivalent to 350 kg normal density and super-lightweight equivalent to 380 kg of normal mass of artificial stone facade & polymeric mosaic)

This mixer, like the 250 kg mixer, is suitable for small businesses, and is especially suitable for implementation at the project site. the disadvantages of this mixer can also be referred to as non-up gradeable. The mixer can't be used in automatic or automation systems. 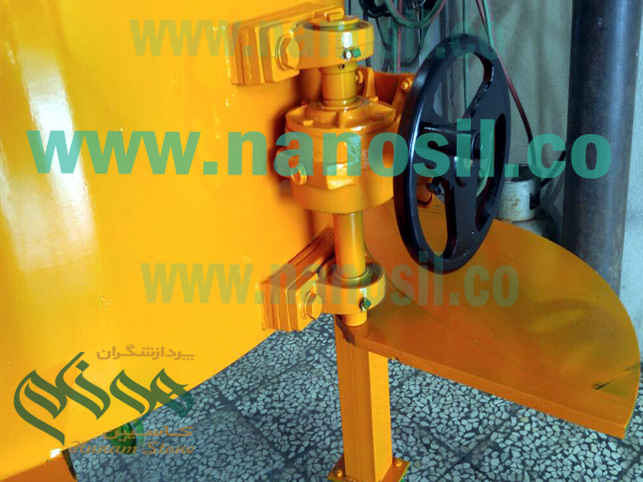 A 300 kg artificial stone facade & polymeric mosaic mixer is very suitable for the production of dough and powder adhesives and concrete adhesives.